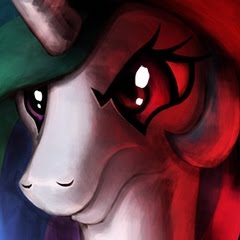 2Snacks is an animator known for working on many of the Two Best Friends Play video intros and the Funtime Adventure Series. His channel can be found here .

Not much is known about 2Snacks other than that he is Brazilian and a big fan of the cartoon My Little Pony: Friendship is Magic, which he often references in episodes of Funtime Adventures. To date, he has had no speaking roles in any episodes of the show or any animations. He is also avid about letting people know that "Pat is the biggest brony", though this may just be a case of friendly jimmy rustling, as it has been stated that he is not.

He has made a fully animated versions of Two Best Friends Play episodes called Two Best Sisters Play, with characters from Friendship is Magic taking the roles of Matt and Pat. Specifically, Matt is played by Princess Luna and Pat is played by Princess Celestia. The series is what brought him to the attention of the Best Friends in the first place, the video having impressed Matt enough for him to make contact. Along with Plague of Gripes, he is one of the most prolific animators associated with the show.

2Snacks made his first "appearance" on the channel as the man behind the camera in the announcement video for Super Best Friendcast episode two-hundred and sixty-one, "Someone's Gotta Sell the Noonboner", and the podcast episode itself.