“We just think it's cool 'cause a Zaibatsu is basically a Japanese business conglomerate and it's just like... this serious group of business dudes in a room y'know, and we're like 'that's the kind of corporation we wanna be if anything.” — Woolie

The Best Friends Zaibatsu referred to a group of Best Friends and their body of work, including playthroughs, reviews, montages, a podcast, merchandise and more.

On 16 December 2018, the Zaibatsu disbanded when it was discovered that Matt, Pat and Woolie were no longer Super Best Friends.[1]

The Zaibatsu was born when Matt and Pat uploaded a couple of videos on their channel. After the Silent Hill: Shattered Memories episode, they were contacted by Machinima, which now hosts a series of their videos on that channel, which is usually a compilation of funny moments. On TheSw1tcher, Matt's channel, the Best Friends do full playthroughs, their first being Resident Evil 2.

Over time, more Best Friends were introduced, the first being Woolie, who initially guest-starred in the Marvel vs Capcom 3: Fate of Two Worlds episode, and is now a regular in almost every show, even hosting the Super Best Friendcast. Liam, the fourth Best Friend, made his debut in the Metroid Fusion playthrough, and has since become more prominent. Since then, their media empire has greatly expanded, and they've released a variety of content.

On December 23, 2016, Liam announced that he was leaving the Super Best Friends due to health concerns.

As of January 17th, 2017, it was announced that Billy will be the official video editor of the Super Best Friends Play channel.

Other than their usual content, the Best Friends have several guest appearances outside of their own videos and podcast. These include:

Matt and Woolie, as they appear in Skullgirls

Woolie, Liam, and Pat's reaction to playing a Dreamcast game in Gunlord

Woolie, Pat, Matt, and Liam recording their podcast, as seen in the announcement for episode seventeen of the Super Best Friendcast

Liam, Pat, Matt, and Woolie dressed up for Halloween 2014

Pat and Matt as they appear in LISA

The Zaibatsu in Plague of Gripes' Patreon video. 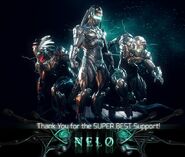 Matt, Pat, and Woolie as cosmetic skins in Nelo

Shown below are the different appearances of the Best Friends YouTube channel, The Sw1tcher, through the years. 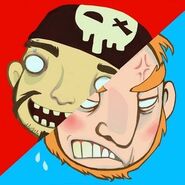 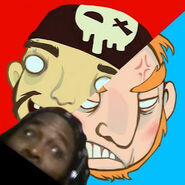 The original channel design from 2011

The channel's redesign in 2012

A second redesign from late 2012

The channel's basic layout between 2013 and late 2016; the design would vary slightly based on newer YouTube layouts

The channel's current look as of early 2017
Community content is available under CC-BY-SA unless otherwise noted.
Advertisement