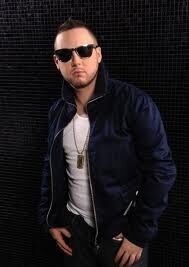 Bless is a rapper first mentioned on the Def Jam Fight For New York Brawl who was a partner with Matt during his high-school drama class. Somehow years later, he became a character in Def Jam Fight For New York, although it is speculated that his mom paid for the developers to include him. During high school, Bless was in a drama class, where he was partnered up with future American Dream, Matt. However, he spent a majority of the time skipping class, leaving Matt to do all the work. When Matt did both roles in their skit, Bless was upset that Matt made him look bad and proceeded to almost completely stop going to school. Years later, Matt discovered him in Def Jam and promptly exclaimed "WHAT THE FUCK?!" but still revelled in the fact that he is now more famous than him.

After telling this story, Bless was harassed by some fans online, causing Matt to leave an annotation on the Def Jam Brawl asking people to leave him alone.

In Pokemon LeafGreen, after accidentally capturing a second Doduo, Matt suggested that Woolie name it Bless because nobody wanted it.

Retrieved from "https://zaibatsupedia.fandom.com/wiki/Bless?oldid=31892"
Community content is available under CC-BY-SA unless otherwise noted.