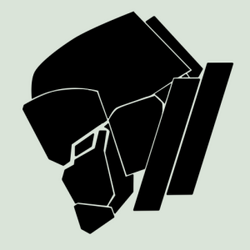 “Knife-fighting walruses has never been so cute-- Wait, what?” — CrankyConstruct

CrankyConstruct is an animator known for making cartoons using audio from the Best Friends videos and podcast, and animating the openings of the Pokemon Leaf Green and Star Fox Adventures Let's Plays along with several episodes of the The Amazing Superfriends! special. His YouTube channel can be found here, his Facebook here and his Twitter, here. He also has a Tumblr where he answers questions and posts artwork, which is found here.

“Just some idiot that's learning how to make cartoons. You know, the usual.”
— CrankyConstruct's YouTube channel

Next to nothing is known about CrankyConstruct, save for that he is currently in college, as mentioned on his Tumblr. He began making animations of the Best Friends in November, 2013 with The Tauros Dilemma, using audio from the eleventh episode of the Super Best Friendcast, Superman’s Bulge Needs to be Made Off-Model. Since then he has made several other videos and become one of the Zaibatsu's intro animators. His art is often used on the title cards of random LPs and one-off episodes.

From what he has said during a livestream on rbFrosty's Twitch channel in a skype call with rbFrosty, GermanSpy,  DropOutDragon, PlagueOfGripes and Nic of Bitter Bits on July 28th 2015. He used to play the tuba and was told by his teacher that he didn't have to go to a concert if he didn't want to and when he didn't go they "got on his case" and he quit. 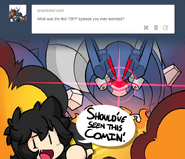 CrankyConstruct's newer design of himself from his Tumblr 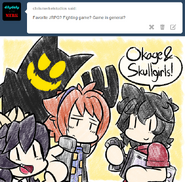 CrankyConstruct's older design of himself from his Tumblr 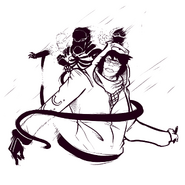 Artist: Saltyjub
Add a photo to this gallery
Retrieved from "https://zaibatsupedia.fandom.com/wiki/CrankyConstruct?oldid=52674"
Community content is available under CC-BY-SA unless otherwise noted.