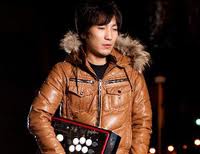 Daigo Umehara, also known as "The Beast" or "Ume" is the world's most successful Street Fighter player. He faced off against Woolie at EVO 2012, which served as the basis for the Fighterpedia finale, Daigo vs Woolie: PAYBACK!. After several close rounds, Daigo won two matches to zero, though Woolie did win a few rounds. This has since become a running gag throughout the show.

Retrieved from "https://zaibatsupedia.fandom.com/wiki/Daigo_Umehara?oldid=18620"
Community content is available under CC-BY-SA unless otherwise noted.