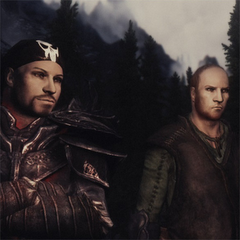 He is currently working on a fan-made Best Friends game that is similar in style to the early Final Fantasy games which used to include levels such as Raccoon City and Shadow Moses. This was changed when Jpdoctor117 decided he didn't want the risk of being sued. He has made references to both games (such as shitstorm hill being a reference to silent hill) and references to the show. The game features Matt, Pat, Woolie and Liam as party members and a prologue is available for download.