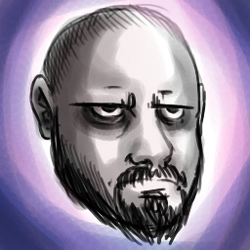 “I have brain problems!” — Plague of Gripes

Eli, known by his YouTube username Plague of Gripes, is an animator, webcomic artist, and Let's Player known for creating animations using audio from the Best Friends. He created the intro sequence to Matt's Sexy Bond-A-Thon and Shitstorm 2: The Shittening in addition to the title cards for New Super Troll Bros: FUCK U, Super Best Friends Play Viewtiful Joe, and Resident Evil 4 HD. He is responsible for animating the Call of Duty Dog series, for which Matt writes the script.

Plague of Gripes uses ToonBoom to create his animations which he prefers to Adobe Flash, calling the latter a "relic program never meant for hand animation."  He created a tutorial for how to use ToonBoom, here. For normal art, Plague uses PaintTool SAI.

Gripes has also created cartoons using audio from The Angry Video Game Nerd and Game Grumps. Along with 2Snacks, he is one of the most prolific animators associated with the show.

During the course of the Dark Souls 2 Full Let's Play Plague "the Woolie Hunter" sought out to murder Woolsworth II without warning or time to prepare, and under the watchful eye of a sky of Dragons, Woolsworth thwarted Plague's plan and slew him without a second thought, but not before off camera Plague showed him mercy and gave him the great armour of a Mad Warrior.

“I love the sensation of satin upon my naked body.”
— Plague of Gripes

“Humans are horrible creatures by the way, which coincidentally is about 90% of literature. We’re still a lot better than ducks though. Those guys are assholes. And their penises are… they’re corkscrews that fire like pistols into lady ducks! Sometimes other boy ducks… even if they’re dead… especially if they’re dead. Anyway…”
— Plague of Gripes

“The power of horror is that you can teach people to be afraid of anything! If you condition them. If I give you ice cream, but then I whip you with a garden hose, the next time I offer ice cream you’re probably going to say no~ If I ring a little bell and I use a cattle prod on you for the next hour, then I just keep repeating that for the next 10 years, odds are you’re going to hate playing with my ding-a-ling.”
— Plague of Gripes

“I'm not always a whore, it's just my first visit to Shanadar and there's so many interesting cocks!”
— Plague of Gripes, mocking the princess in his Defenders of Oasis LP

“You have to be an evil motherfucker to wear yellow pants.”
— Plague of Gripes, during part six of his Defenders of Oasis LP

“I always wonder about how kids end up playing the tuba.”
— Plague of Gripes, During a livesteam on July 28th 2015 with rbFrosty, DropOutDragon, GermanSpy, CrankyConstruct and Nic Of Bitter Bits.

“The writer of your life has run out of time because he had an illness and had to end it early.”
— Plague of Gripes[src]

Plague in the announcement video for Friendcast episode 238 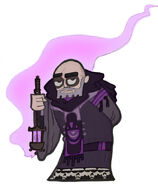 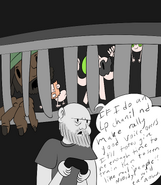 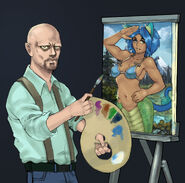 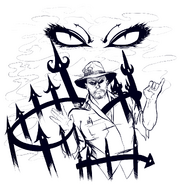