“Gentleman! Welcome to the second best sports entertainment, YouTube based event ever!” — Matt

Rustlemania 2: SuperBrawl Saturday III is a series of videos that Matt, Pat, Woolie, and Liam uploaded throughout August 2015 as a sequel to 2013's Rustlemania event, featuring a different wrestling game every day. The entire series can be viewed on [ the website] or on YouTube.

Resulting in the Best Friend's jimmies coming in at a 29.9% Rustled Rate for the month.

A highlight reel covering all the Rustlemania episodes was released September 26, 2015, called The Best of Rustlemania 2. 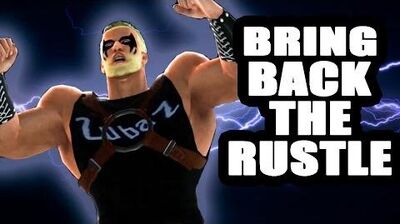